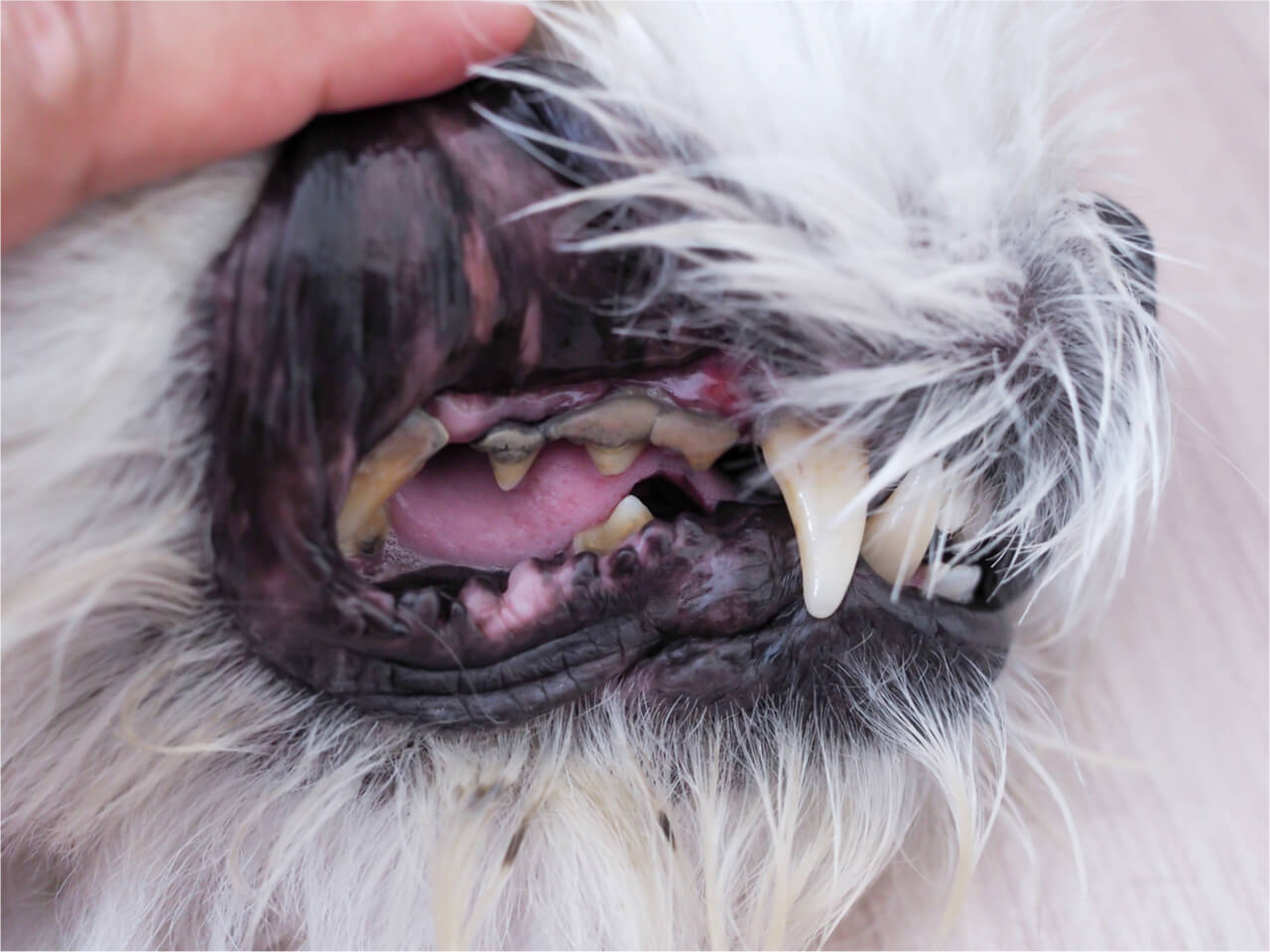 There are many conditions that may cause your dog to get swollen, red gums, but the commonest by far is gingivitis, a sign of early dental disease. In this article, we will run through the less common causes of dog  inflamed gums  and discuss gingivitis in more depth.

Gingivitis is inflammation of the gums caused by the buildup of plaque and calculus on the teeth. In the early stages, the gums will appear swollen and red, but with a smooth surface. You may see hard, white or brown buildup on the teeth; this is the calculus causing the inflammation. In more advanced gingivitis, the surface of the gums will be bumpy due to pockets of calculus and infection under the gums, the gums may be bleeding, and your dog may have foul breath.

Why do dogs get gingivitis? 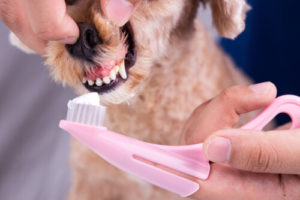 Gingivitis is caused by poor tooth hygiene, so a lack of brushing may be to blame. Gingivitis naturally develops over the years, so older dogs are at greater risk, and so are smaller dog breeds that have crowded teeth. Feeding your dog a soft food diet may also cause gingivitis, as the food gets trapped between the teeth more easily.

What to do when your dog has inflamed gums

Take your dog to the vet, who can evaluate whether this is a case of simple gingivitis, or something more uncommon. Gingivitis can be treated by scaling, a procedure done under general anaesthetic. Scaling removes the built up plaque and calculus, and any rotten teeth can also be pulled. Your vet may also recommend an oral hygiene program for your dog to prevent any recurrence of gingivitis.